Prime Minister NarendraModi on Monday inaugurated the 'Buddha Jayanti 2018' celebrations at Indira Gandhi Indoor Stadium in New Delhi. PM Modi gave away the Sankh to 14 monks from India, Sri Lanka, and Japan, who came to attend the celebrations.Buddha Jayantiwas organised by the Ministry of Culture in collaboration with the International Buddhist Confederation (IBC). A conglomerate of Buddhist institutions had come together to showcase the various facets of Buddhist traditions. 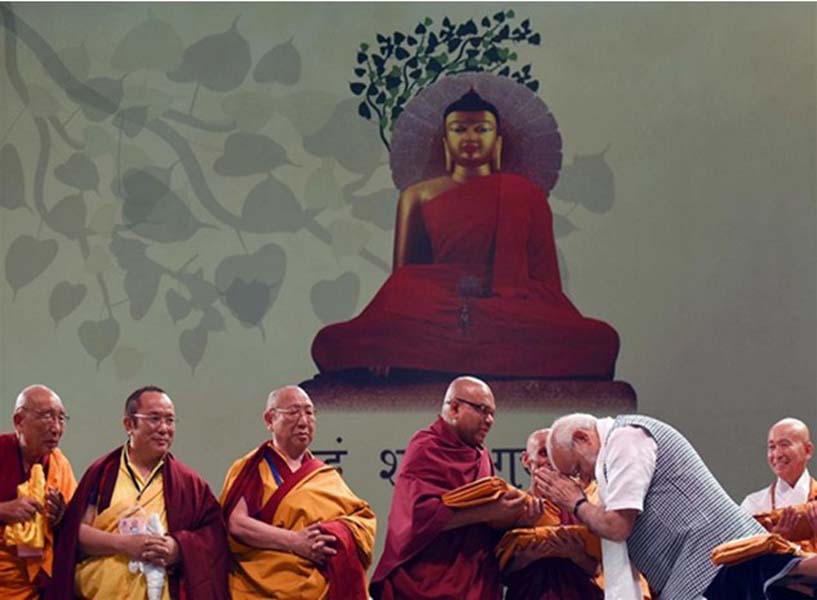 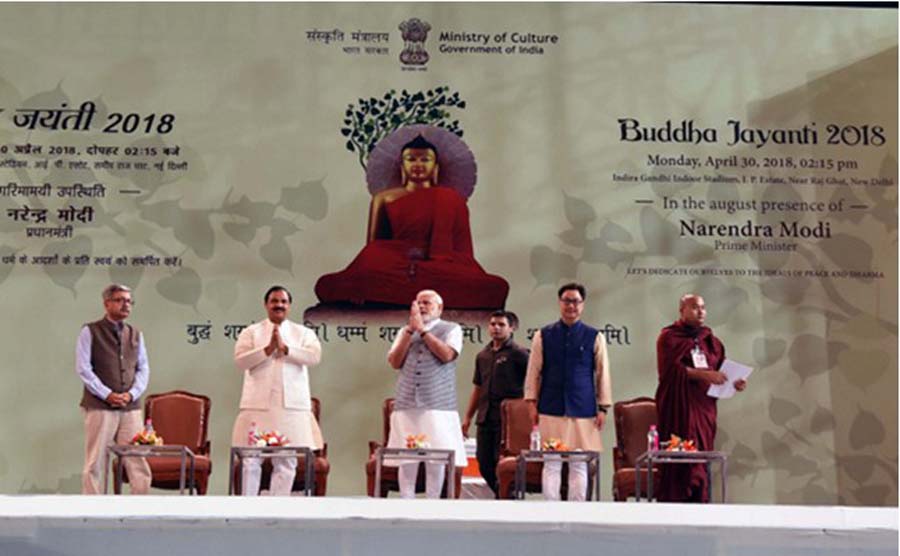 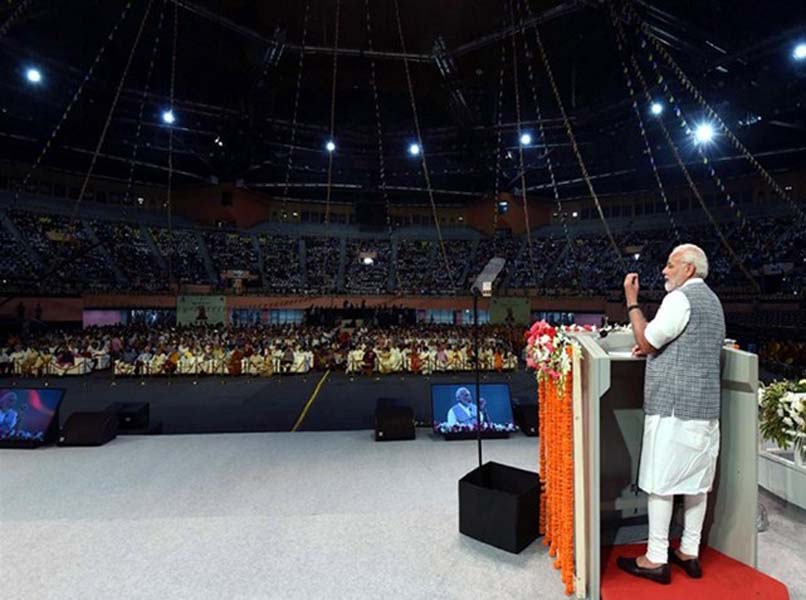 The Prime Ministeralso offered Sangh Dana. He presented the VaishakhSammaanPrashastiPatra to the Central Institute of Higher Tibetan Studies, Sarnath; and the All India BhikshuSangha, Bodh Gaya.
Addressing the gathering, the Prime Minister asserted that India is home to a unique heritage, where the overriding thought has always been the benefit of mankind. He said that the teachings of Lord Buddha have shaped many nations. He said India has never been an aggressor.
ShriNarendraModi said that the Government is working with compassion to serve people, in line with the path shown by Lord Buddha. He also said the Union Government is working with an elaborate vision, to preserve the cultural heritage of India, which includes the heritage associated with Lord Buddha. He said a sum of Rs. 360 crore has been approved for the Buddhist Circuit.
The Prime Minister exhorted the gathering to make a contribution towards the New India of 2022, when the country will celebrate 75 years of freedom. He asked everyone to identify some tasks, which they could resolve to accomplish by that date.

It was attended by Monks from the Theravada and Mulasarvastivada (Nalanda Tradition) representing Myanmar, Sri Lanka and Vietnam as well as many from India. The List is attached below.

The seminar’s aim was to address similarities among the two schools of Vinaya. By coming together in a dialogue, they were able to see where they complemented each other? These dialogues enable the participants to contribute to solving current problems of extreme materialism, erosion of values and violence etc.? This requires a historical, social and ethical enquiry into respective methodologies. As the topic is vast, the dialogue proposes each time include only a certain aspects of the Vinaya

Vinaya literature and application of it in real life is kept alive by Buddhist monastic community for millenniums by resisting various types of hardships, pressure and suppression in history. Out of all the different schools of Vinaya practices; three are still surviving today and in fact thriving in the present era. These are Theravada, Mulasarvastivada and Dharmaguptika. Theravada tradition is widely followed in South Asian countries while Mulasarvastivada is followed primarily in Central Asian countries and Dharmaguptika is followed in East Asian countries.

His Holiness the Dalai Lama has been leading the dialogue among followers of difference schools of Vinaya. 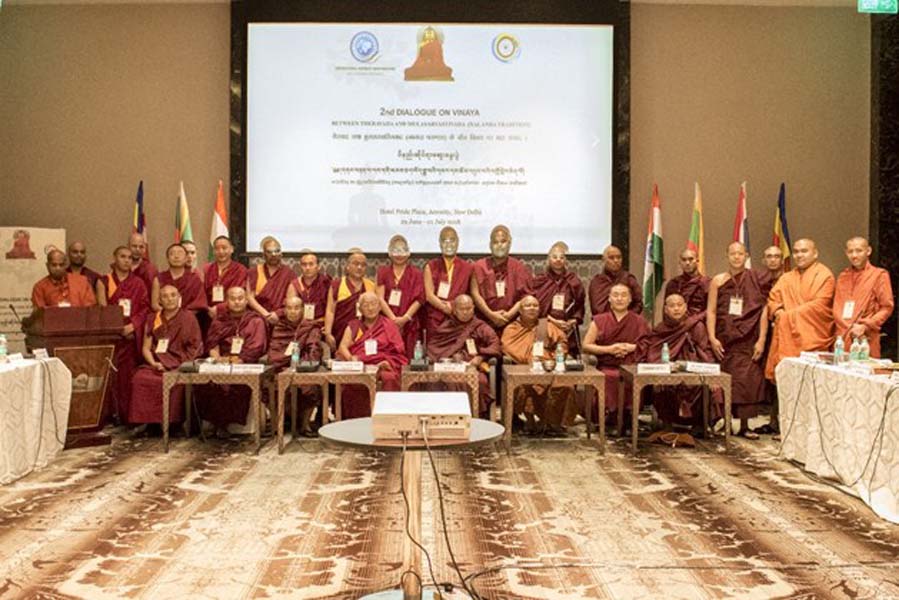 The Participants at the Vinaya Meet 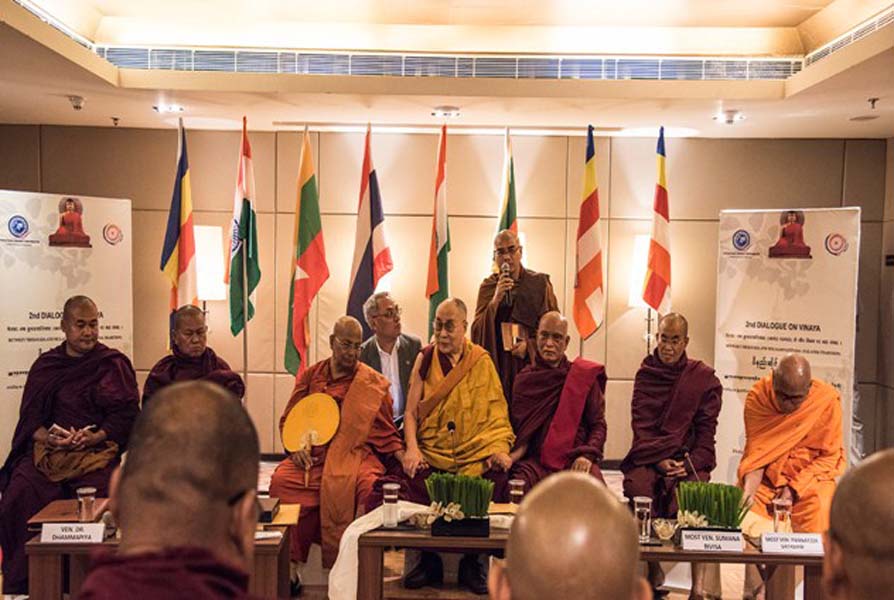 His Holiness the Dalai Lama at the inauguration of the Vinaya Meet.

List of participants at the 2nd Dialogue on Vinaya

At the Valedictory the Chief Guest was ShriKirenRijiju, Minister of State for Home, Govt of India who also delivered the closing address.

The main emphasis of the Conclave was to discuss contemporary media in the context Buddhist values and a Buddhist Approach. Media had become too much Commercial, adversarial and conflict driven. There was need to decolonise mindset, techniques and processes and syllabus for media training. Media shapes public culture, opinions and views. Therefore need to re visit and reflect on and alternative approach as societal values were being framed by it. Media needs to inculcate a perspective of Development with Values. Buddhism’s Mindful Communication model can play a role to include a Human centric approach. 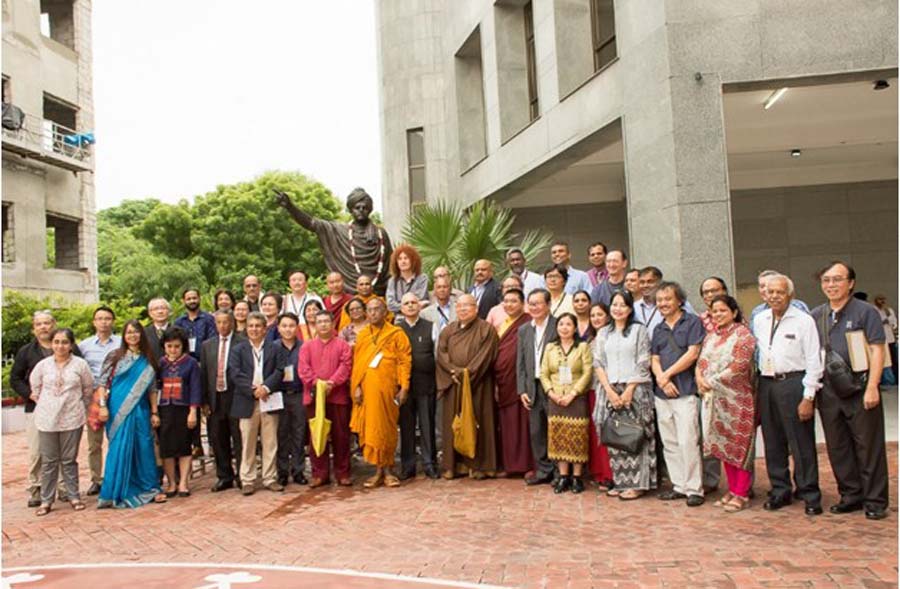 The participants at the Conclave