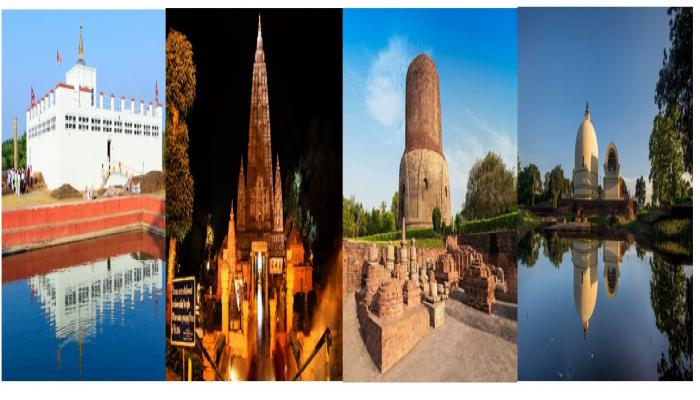 The most important places of pilgrimage in Buddhism are located in the Gangetic plains of Northern India and Southern Nepal, in the area between New Delhi and Rajgir. This is the area where Gautama Buddha lived and taught, and the main sites connected to his life are now important places of pilgrimage for both Buddhists and Hindus. However, many countries that are or were predominantly Buddhist have shrines and places which can be visited as a pilgrimage.

Lord Gautama Buddha is said to have identified four sites most worthy of pilgrimage for his followers, saying that they would produce a feeling of spiritual urgency. These are 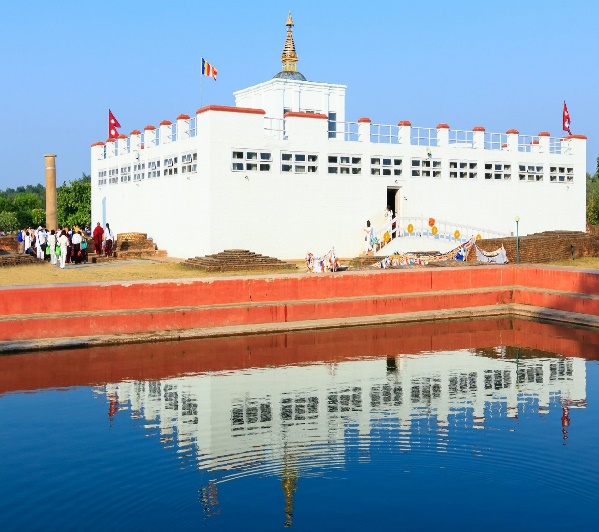 is a Buddhist pilgrimage site in the Rupandehi District of Province No. 5 in Nepal. It is the place where, according to Buddhist tradition, Queen Mayadevi gave birth to Siddhartha Gautama in 563 BCE. Gautama, who achieved Enlightenment some time around 528 BCE,became the Buddha and founded Buddhism.Lumbini is one of many magnets for pilgrimage that sprang up in places pivotal to the life of the Buddha.

Lumbini has a number of temples, including the Mayadevi Temple and several others which are still under repair. Many monuments, monasteries and a museum, the Lumbini International Research Institute, are also within the holy site. Also there is the Puskarini, or Holy Pond, where the Buddha's mother took the ritual dip prior to his birth and where he had his first bath. At other sites near Lumbini, earlier Buddhaswere, according to tradition, born, then achieved ultimate Enlightenment and finally relinquished their earthly forms. 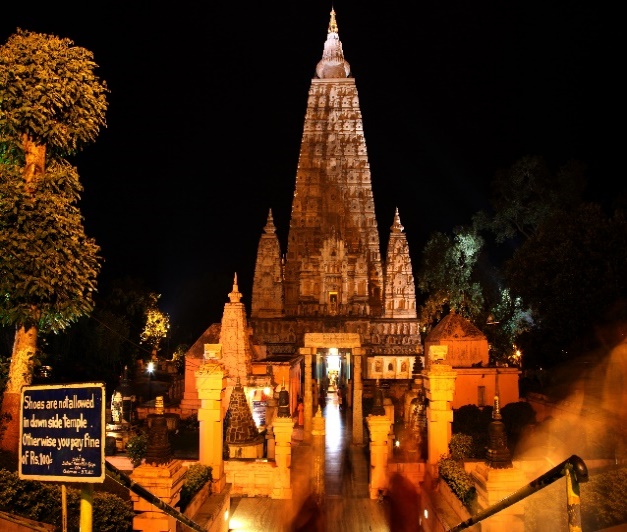 is the most holy place for Buddhistssituated by the bank of river Neranjana the place was then known as Uruwela. King Ashoka was the first to build a temple here.

Traditionally, Buddha was born in 563 BC in what is now Nepal on the following auspicious Baisakhi purnima. As Siddhartha, he renounced his family at the age of 29 in 534 BCand travelled and meditated in search of truth. After practicing self-mortification for six years at Urubela (Buddhagaya) in Gaya, he gave up that practice because it did not give him Vimukthi. Then he discovered Noble Eight-fold path without help from anyone and practiced it, then he attained Buddhatva or enlightenment. Enlightenment is a state of being completely free from lust (raga), hatred (dosa) and delusion (moha). By gaining enlightenment, you enter Nirvana, in which the final stage is Parinirvana.

At this place, the Buddha was abandoned by the five men who had been his companions of earlier austerities. All they saw was an ordinary man; they mocked his well-nourished appearance. "Here comes the mendicant Gautama," they said, "who has turned away from asceticism. He is certainly not worth our respect." When they reminded him of his former vows, the Buddha replied, "Austerities only confuse the mind. In the exhaustion and mental stupor to which they lead, one can no longer understand the ordinary things of life, still less the truth that lies beyond the senses. I have given up extremes of either luxury or asceticism. I have discovered the Middle Way". This is the path which is neither easy (a rich prince) nor hard (living in austere conditions practicing self-denial). Hearing this, the five ascetics became the Buddha's first disciples in Deer Park, Sarnath, 13 km n.e. of Benares.

The disciples of Gautama Siddhartha began to visit the place during the full moon in the month of Vaisakh (April–May), as per the Hindu calendar. Over time, the place became known as Bodh Gaya, the day of enlightenment as Buddha Purnima, and the tree as the Bodhi Tree. 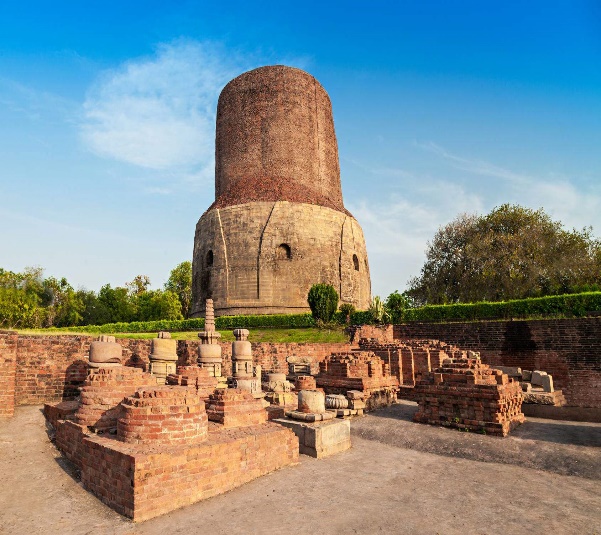 is a place located 10 kilometres north-east of Varanasi near the confluence of the Ganges and the Varuna rivers in Uttar Pradesh, India. The deer park in Sarnath is where Gautama Buddha first taught the Dharma, and where the Buddhist Sangha came into existence through the enlightenment of Kondanna.

Singhpur, a village approximately one kilometre away from the site, was the birthplace of Shreyansanath, the Eleventh Tirthankara of Jainism. A temple dedicated to him, is an important pilgrimage site.

Also referred to as Isipatana, this city is mentioned by the Buddha as one of the four places of pilgrimage to which his devout followers should visit. It was also the site of the Buddha's DhammacakkappavattanaSutta, which was his first teaching after attaining enlightenment, in which he taught the four noble truths and the teachings associated with it. 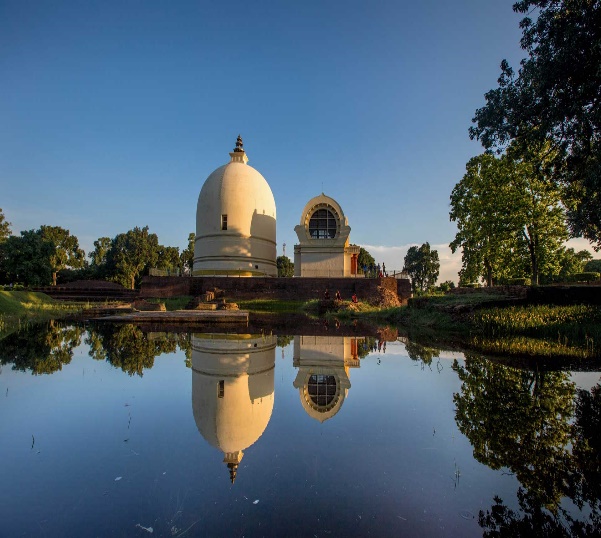 is a pilgrimage town in the Kushinagar district of the Indian state of Uttar Pradesh. The name of "Kasia Bazaar" was changed to Kushinagar and then Kasia Bazaar became a municipality with the official name Kushinagar.

It is an important Buddhist pilgrimage site, where Buddhists believe Gautama Buddha attained Parinirvana after his death. It is an international Buddhist pilgrimage centre. The followers of Buddhism, especially from Asian countries, wish to visit this place at least once in their lifetime