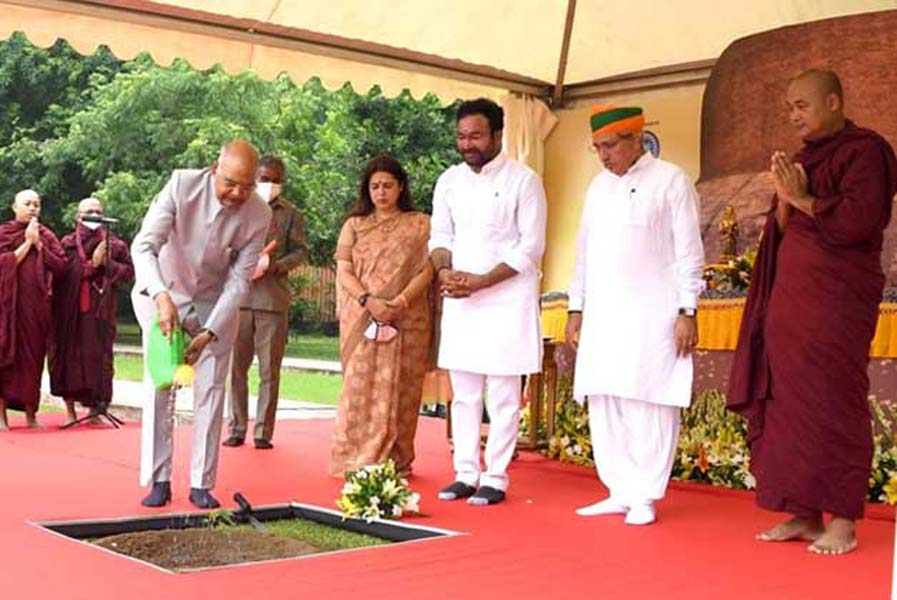 International Buddhist Confederation (IBC) under the aegis of Ministry of Culture, Govt of India, observed one of its annual flagship eventsAsadhaPoornima on 24th July, 2021. The day is also known as Dhamma Chakra Pavatana - The First Turning of the Wheel of Dhamma and is considered as the second most sacred day by Buddhist all over the world after VesakPoormina. The event was held in a hybrid form in association with the Ministry of Culture, Govt. of India,Indian Council for Cultural Relations (ICCR) and Mahabodhi Society of India.

The formal ceremony of the program commenced physically at the Rashtrapati Bhawan, New Delhi, whereHon’ble President of India, Ram NathKovind, Hon’ble Minister of Culture,GangapuramKishan Reddy and MoS (Arjun Ram Meghwal) and MoS (MeenakashiLekhi) and Ven. Dr. Dhammapiya,Secretary General, IBC were present. This was also followed by a plantation of sacred Holy Bodhi Tree sapling by Hon’ble President Ram NathKovind in the premises of Rashtrapati Bhawan. 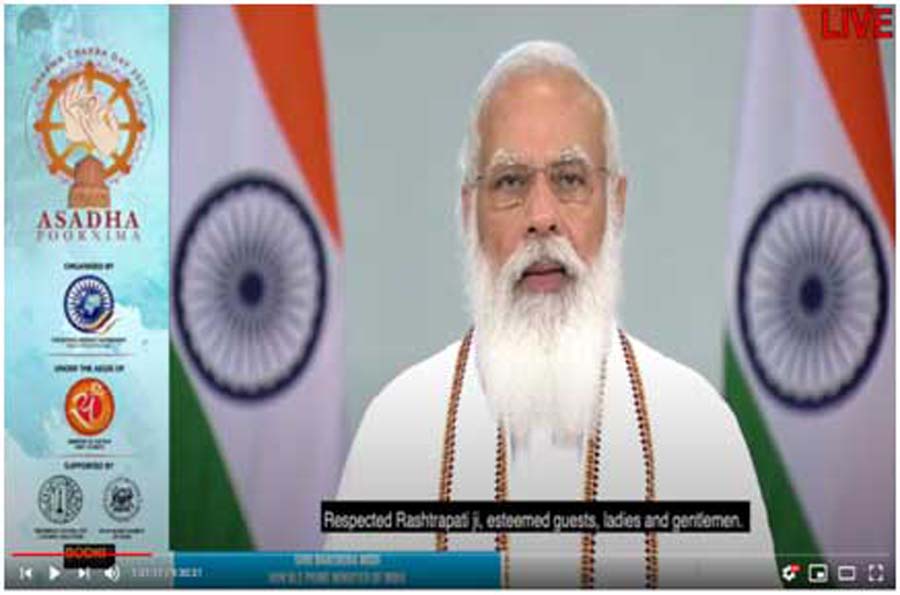 In the third session, an event was organized at the Buddha Jayanti Park, New Delhi, where monks form Theravada and Mahayana performed Manglacharan and offered flowers to the Lord Buddha statue under Bodhi tree. Mr. Shakti Sinha, Director General, IBC, welcomed everyone on this auspicious occasion. A special AsadhaPoornima message was delivered by Ven. Dr. Dhammapiya, Secretary General, IBC. The Chief Guest on the occasion, the Hon’ble Minister of state for Culture, MrsMeenakashiLekhi while addressing the gathering reminded everyone that how the teaching of Buddha is more relevant in today’s world. The event was concluded by a Vote of Thanks by Ven. JangchupChoeden, Deputy Secretary General, IBC. 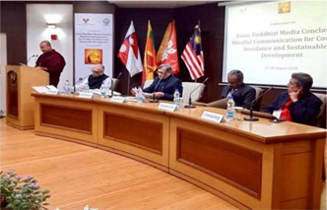 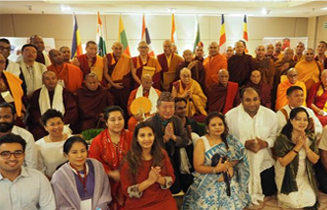 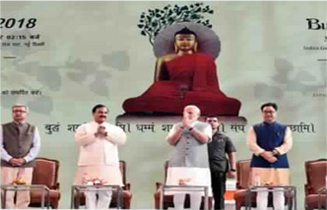 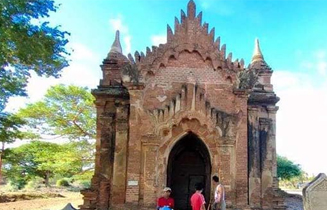