KathinaCheevar Dana is one of the oldest preserved Buddhist Tradition carried on from the days of the Lord Buddha to the present time. It occurs at the end of the VarshaVassa or monsoon period usually in October or November. VarshaVassa is an annual three-month monastic retreat practiced especially in the Theravada Buddhist tradition and the KathinaCheevar Dana ceremony marks the completion of Varsha Vasa.

The event was organized in Sankisa an ancient city in north India. The city came into prominence afterLord Buddha said to have descended here after giving a sermon to his mother in heaven. According to a Buddhist source, it was thirty leagues from Savatthi. After the Lord Buddha's Mahaparinirvana (passing away) king Ashoka developed this place and installed one of his famous Pillars in the city. He also built a stupa and a temple commemorating the visit of the Lord Buddha. This temple exists even today and the ruins of the stupa are also present as a temple of Vishari Devi.

Theevent at Sankisa was attendant by 90 Monks and around 300 lay peoples. The Chief Guest of the celebration was Dr. SanghmitraMaurya, Member of Parliament, Badaun, UP who emphasized on the importance of Lord Buddha’s teaching.

During these two days,various activities like meditation, overnight chanting, puja, Dhamma talks, Bhojandana, Cheevardana and Anumodana by monks were performed. 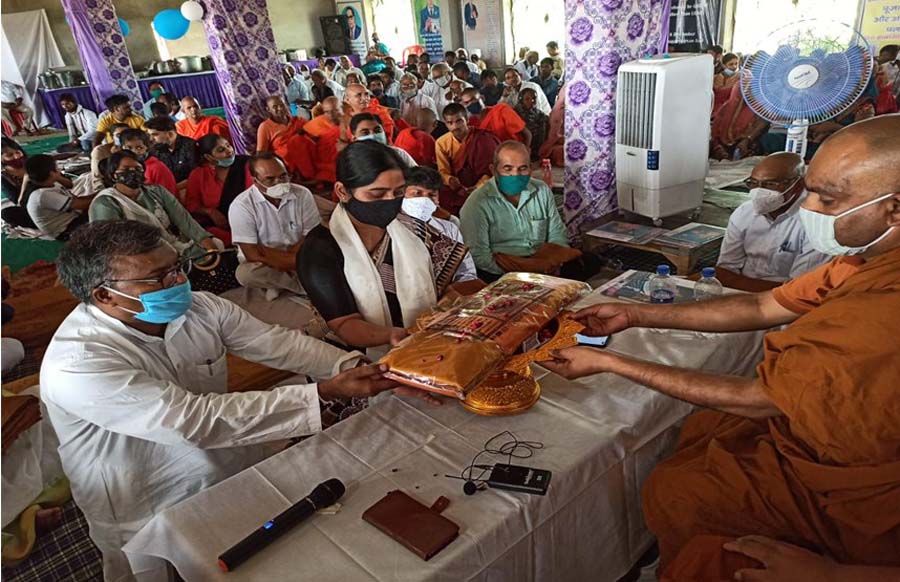 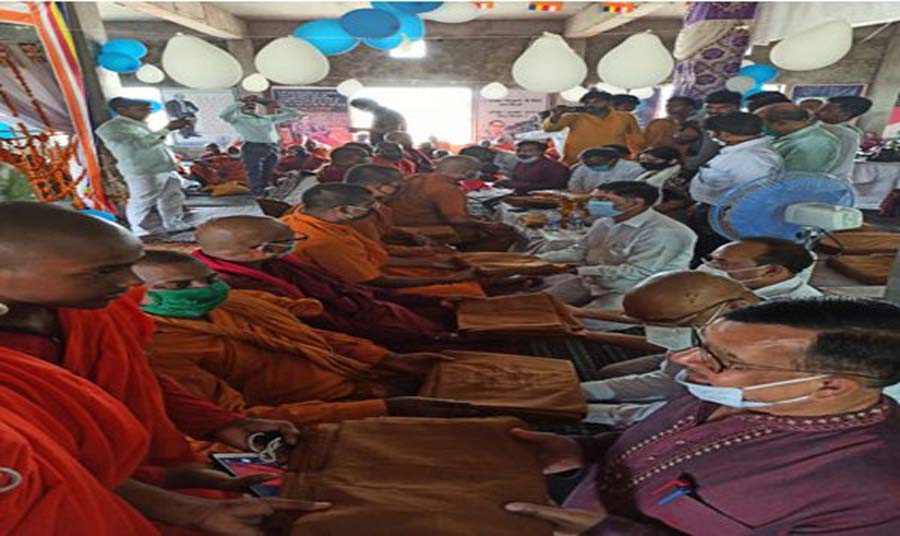 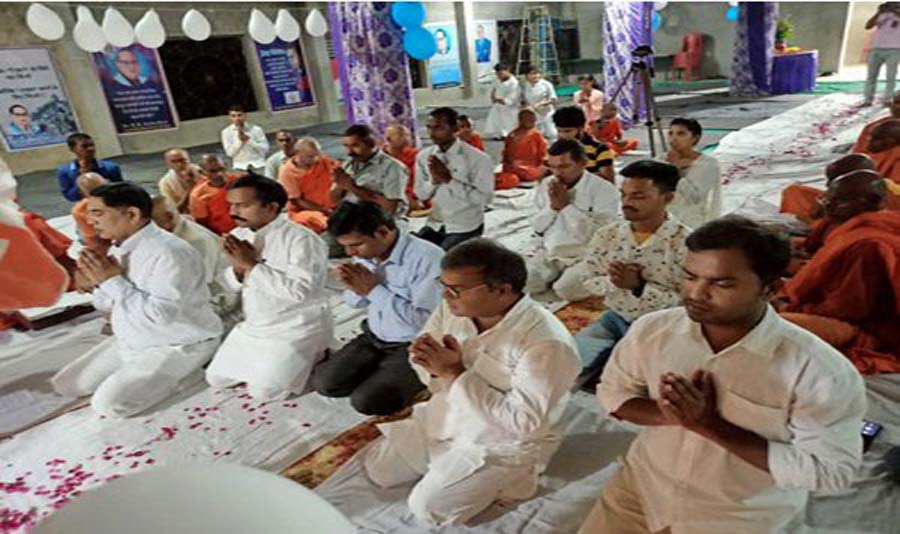