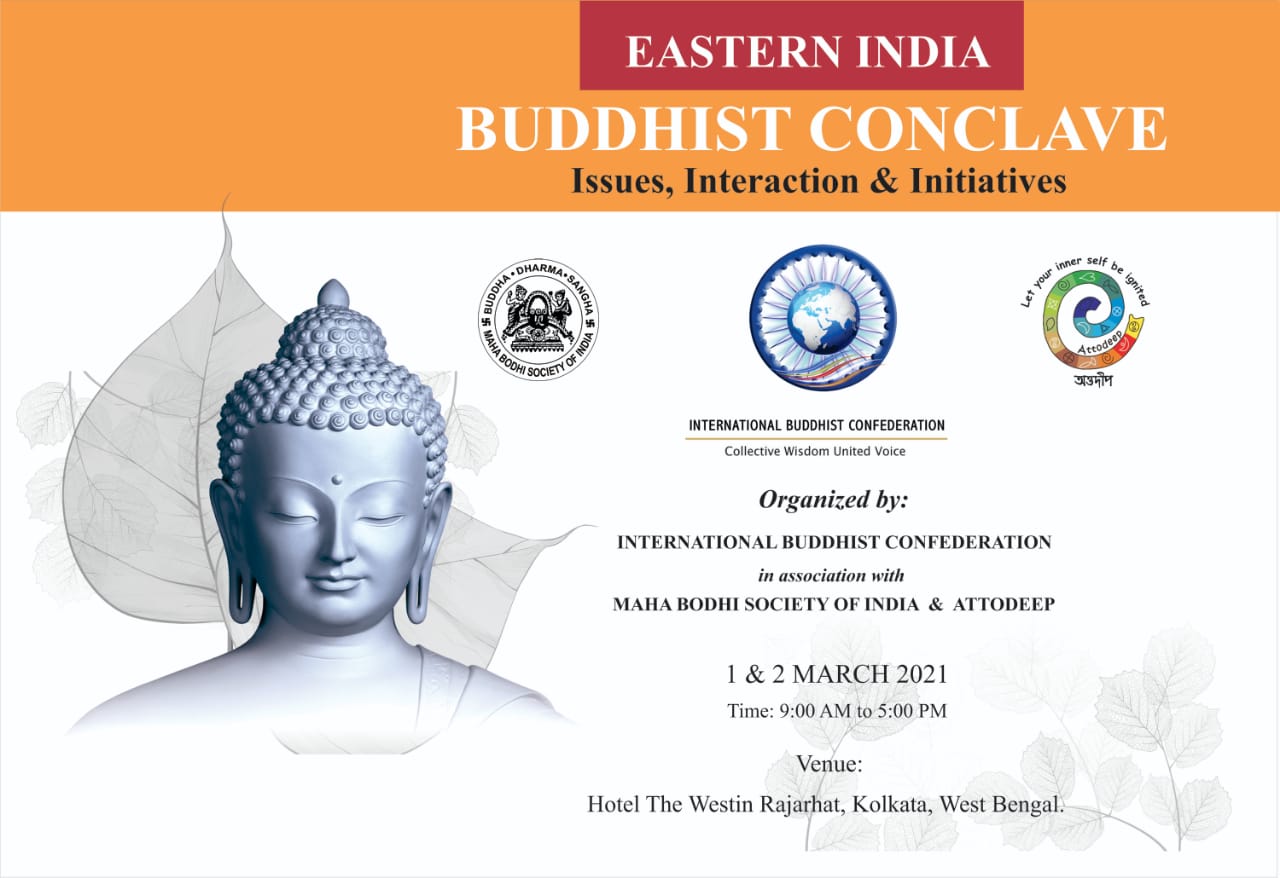 Organized by: International Buddhist Confederation (IBC) in association with the Maha Bodhi Society of India and Attodeep

IBC is world's largest Buddhist global body with its membership drawn from 39 countries and over 320 organizations, both monastic and lay, that include world bodies, national and regional federations, orders, temple bodies and monasteries and international organizations, institutions etc.

IBC has been actively working on preservation and development of Buddhist tangible and intangible heritage in India the land of origin of Buddha Dhamma. IBC and its member bodies have also initiated various programmes and initiatives for prevalence of Buddha Sasana.

Our motto – “Collective Wisdom United Voice” amplifies our aim for bringing together Buddhists all over on common platform the world to put forth Buddhist perspective in global discourse on issues of Buddhist and global concerns.

IBC plans to organize the Eastern India Buddhist Conclave – Issues, Interaction & Initiatives on 1st and 2nd March, 2021 in Kolkata, West Bengal. The conclave in Kolkata will be the third in an ongoing series after Delhi-NCR Buddhist Conclave on 21st and 22nd November, 2020 in New Delhi and North East Buddhist Conclave held in Guwahati on 3rd and 4th February, 2021.