A Festival of Buddhism at the National Gallery of Modern Art 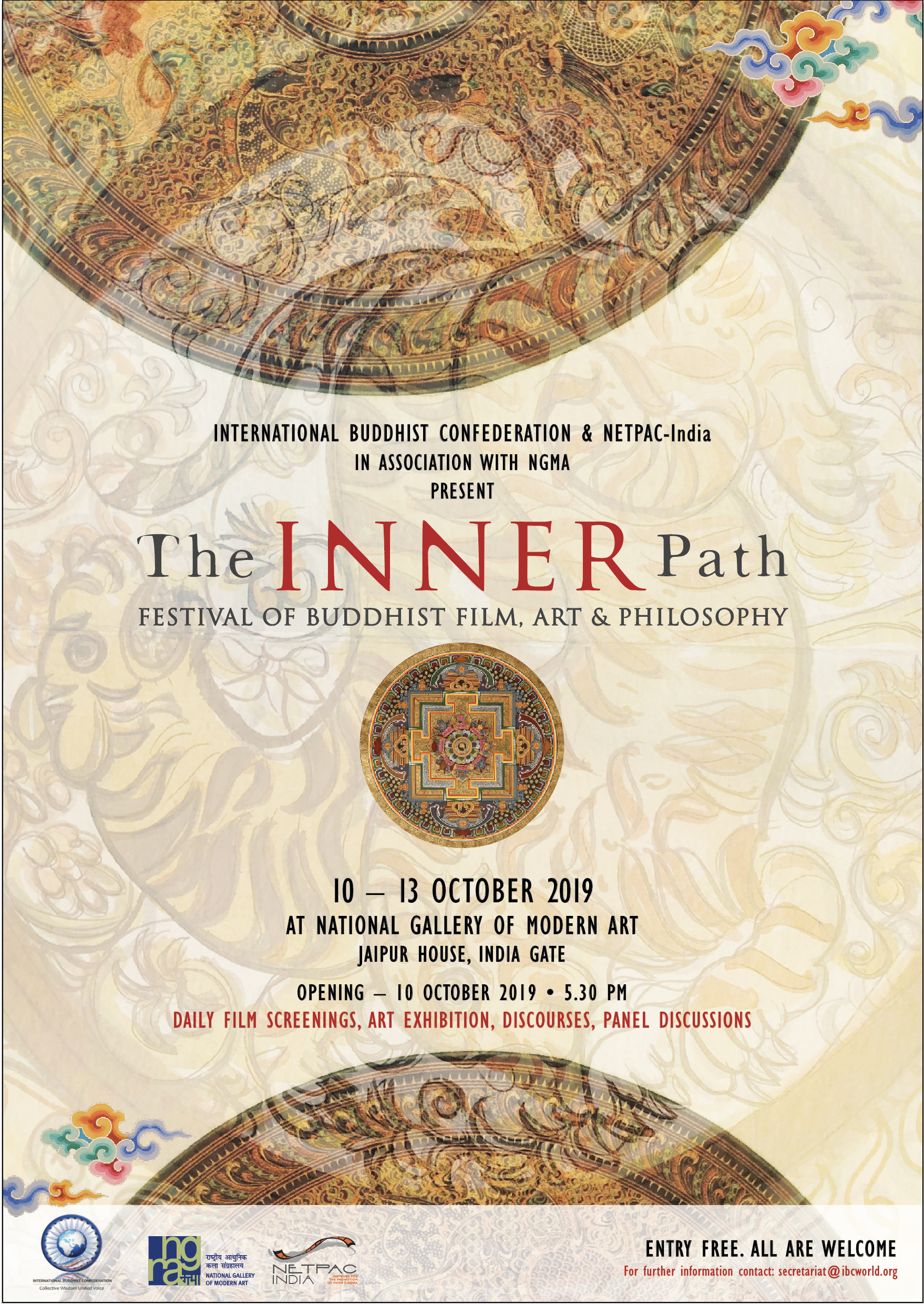 Launched in 2013, The Inner Path attempts to take the resurgence in Buddhist thought to wider range of urban audiences at a time when violence and strife disrupt the fundamentals of our civilisation and culture. Each edition of the Festival presents to its audience works of visual & performing arts and other forms of creative and cultural expression, philosophy, discourse and discussions related to Buddhism from across the world.

The 4-day Festival comprises around 12-15 feature and documentary films on Buddhism, an art camp, a specially curated art and photography exhibition of works related to Buddhism, a painting demonstration/workshop, with artists and filmmakers – Indian and international - an opening night performance of dance and music.

The inaugural address will be given by H E Austin Fernando, High Commissioner of Sri Lanka in India. He will be speaking on Anagārika Dharmapāla’s contribution to Buddhism in India.

The other highlight of the event will be discourses by eminent scholars practitioners/teachers of Buddhism. This year’s Discourses at the Inner Path festival will be presented by Ven. Dr. Dhammapiya, Secretary General, IBC, Most Ven. Jetsunma Tenzin Palmo, Dongyu Gatsal Ling Nunnery, Himachal Pradesh and President IBC and Ven. Gyalten Samten, New Delhi.

The Festival will also have stalls of Tibetan and spiritual books stall, Tibetan medicines with a doctor, artefacts and trinkets, and variety of Tibetan and other foods.

An Buddhist art exhibition is organized as part of the event.

In the past we have had discourses by people of such eminence as His Holiness the 12th Kenting Tai Situpa, Geshe Dorji Damdul, Dr. Ravindra Panth, Prof. Lokesh Chandra, Dharmacharya Shantum Seth and Venerable Sumati Sasana from India.

Some of the eminent international speakers have been Venerable Bhikkhuni Dhammananda from Thailand and Desamanya Kalakirti, the Late Dr. Ananda W.P. Guruge of Sri Lanka. 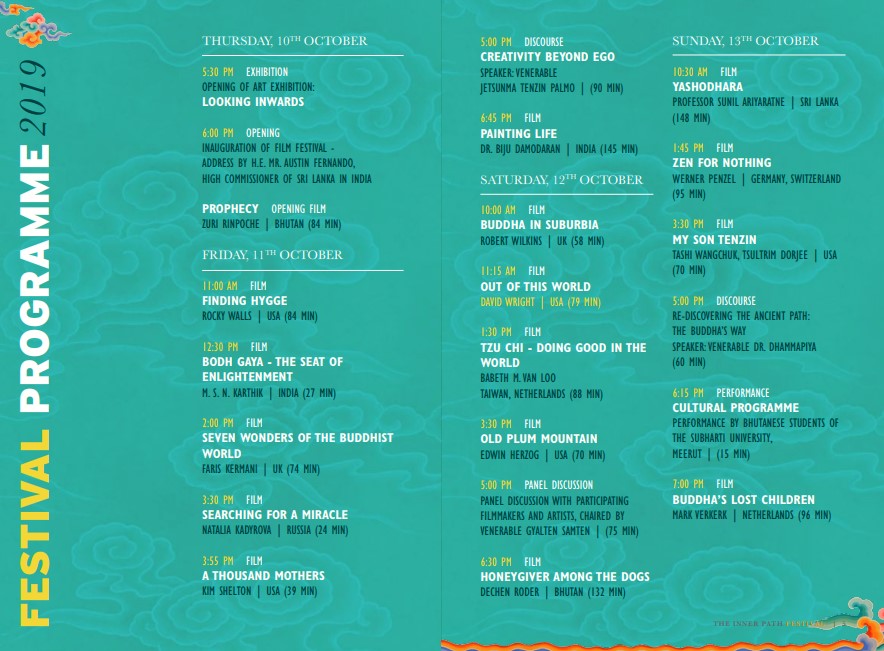 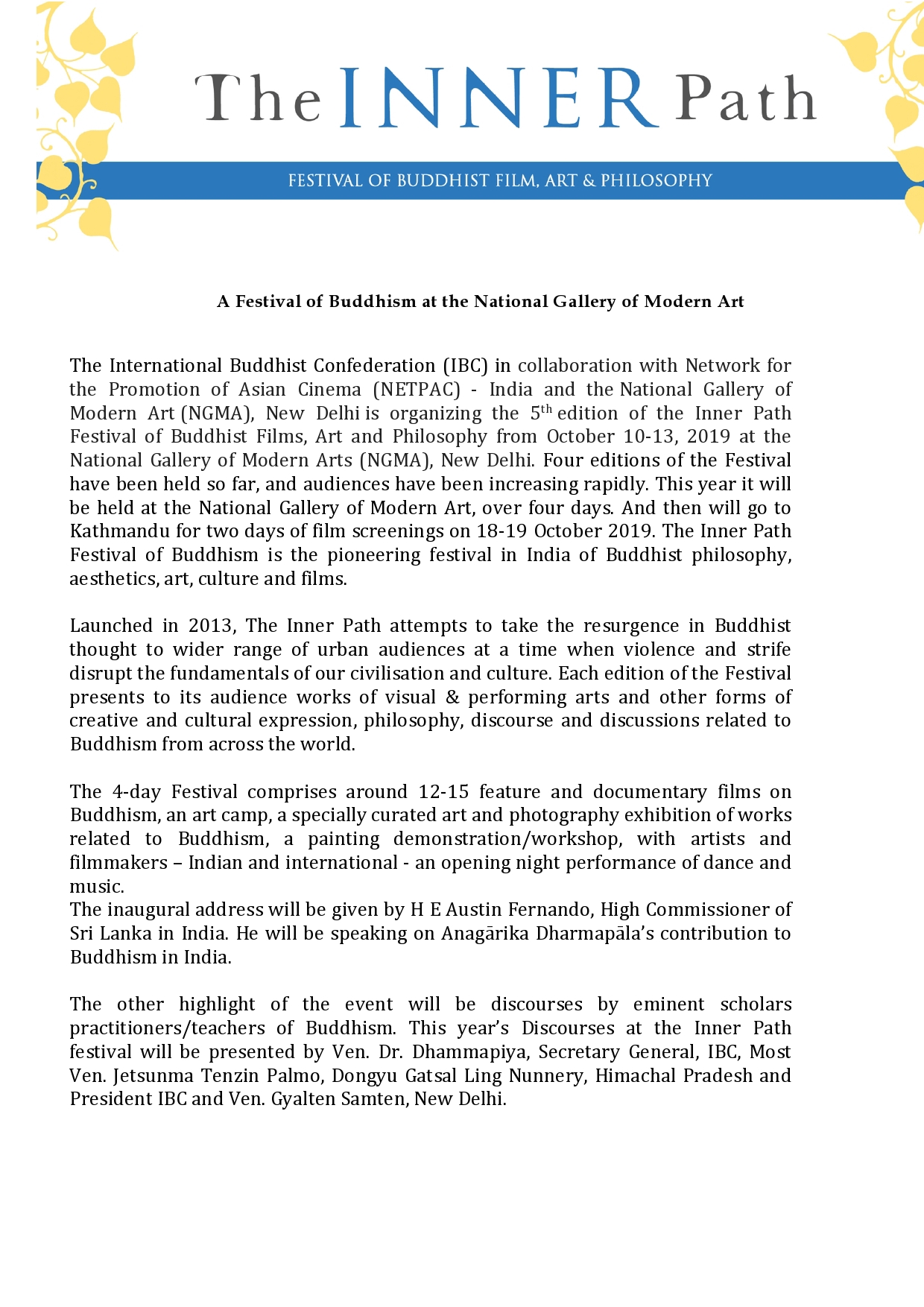 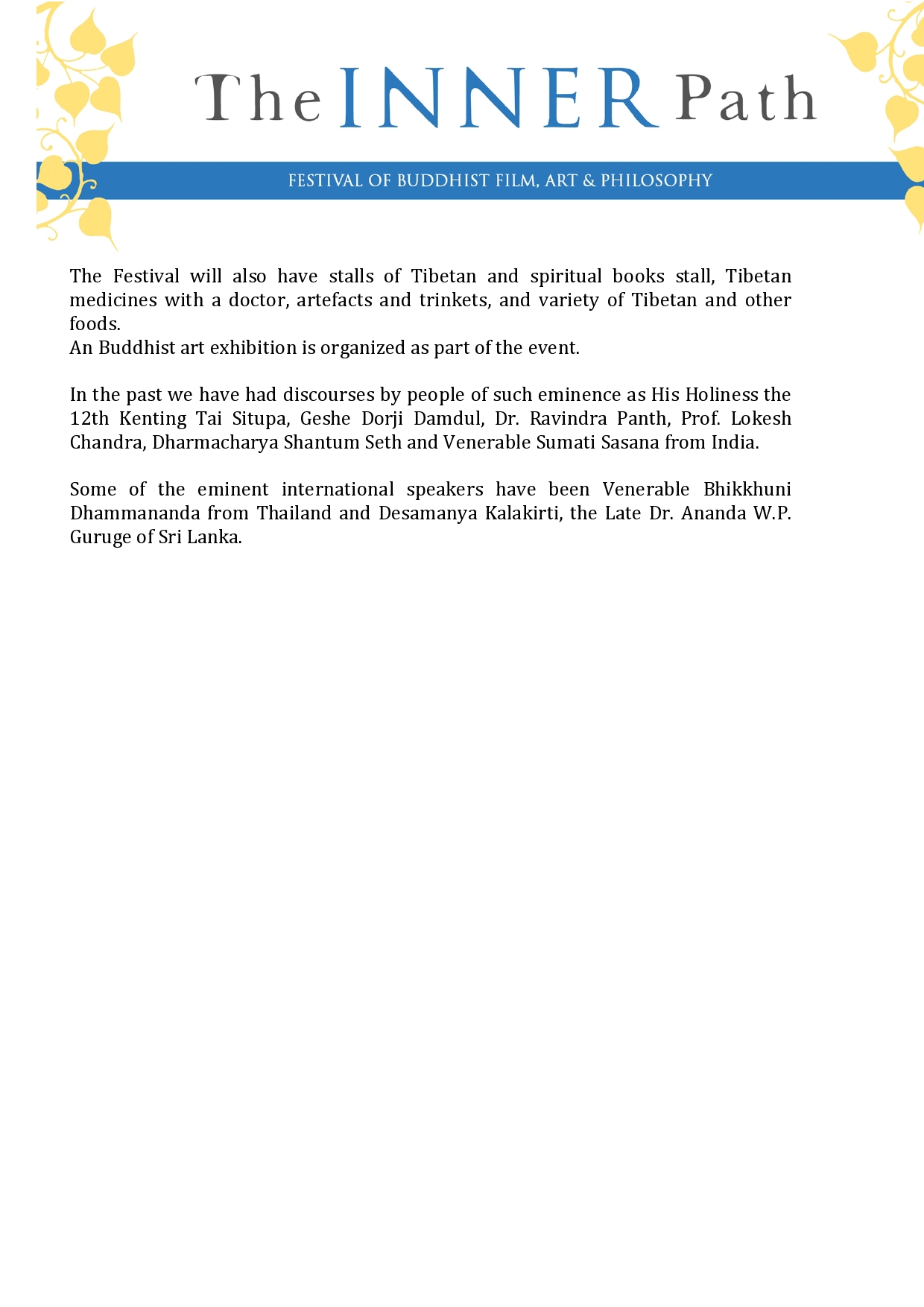