The IBC journey with its “Collective Wisdom United Voice” has brought thousands of hearts together. Despite several challenges, we have been sincerely trying to create a role for Buddhism on the global stage to help preserve our heritage, share our knowledge, and promote our values and to represent a united front for Buddhism to enjoy meaningful participation in the global discourse. Our success includes marking a place in the Buddhist world where IBC is recognized for leadership and participation in its vision. Among other programmes, over 21 countries represented by leading scholars, teachers of spirituality and religion, venerable bhikkus and bhikkhunis, political leaders, and former heads of state, converged for the ‘Samvad – Global Hindu-Buddhist Initiative on Conflict Avoidance and Environmental Consciousness’ in New Delhi, which was inaugurated by the Prime Minister of India, Narendra Modi and also “Asian Buddhist Media Conclave – Mindful Communication for Conflict Avoidance and Sustainable Development”. Our Vesak Day celebrations have become a national flagship programme. Senior members at IBC have also participated in the Conference of the Parties (COP21) to the UN Framework Convention on Climate Change (UNFCCC) and put forth the view of the Buddhist world to adopt an “effective climate change agreement”. We have also hosted an 11-day Holy Buddha Kapilavastu Relic Exposition 2022 in Ulaanbaatar, Mongolia. IBC’s core areas of work have largely been on preserving the environment, gender equality and practicing Dhamma teachings (across traditions), among other things. In this regard, team IBC has also evolved and grown in not just numbers but in passion and towards a focused future. We look forward to making this organisation stronger! 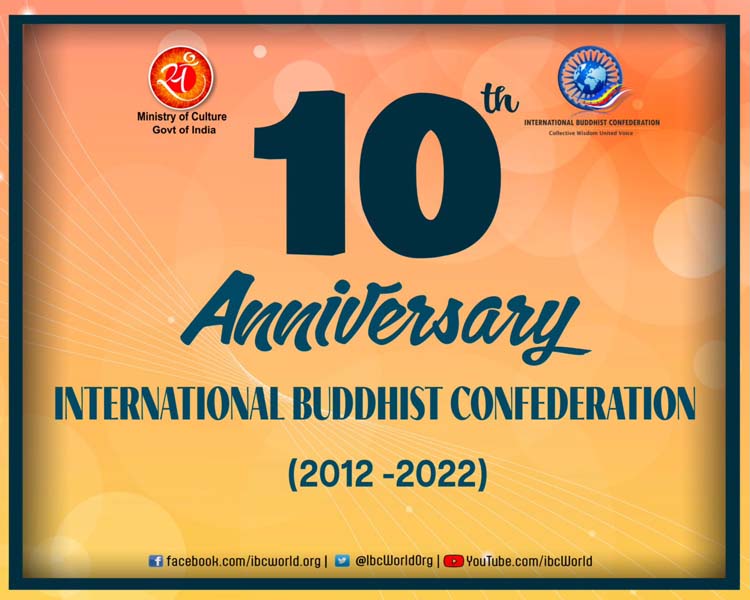