On 13thJune 2022 a 13-member delegation of International Buddhist Confederation (IBC)led by 20thBakula Rinpoche visited Mongolia. This included Shartse Khensur Jangchup Choeden Rinpoche, Deputy Secretary General, IBC, Shri Abhijit Halder, DG, IBC, Lama Chosphel Zotpa, Secretary, IBC among others.
The delegates visited Mongolia on the occasion of Saga Dawa (Buddha Purnima) which is considered as a significant month in the Tibetan Buddhist calendar. It is typically celebrated for a whole month, with special significance given to the 15th lunar Full Moon Day. This day marks the Shakyamuni Buddha’s Birth, Enlightenment and Mahaparinirvana (passing away). It is believed that the merits accumulated during this period are multiplied thousand-fold. 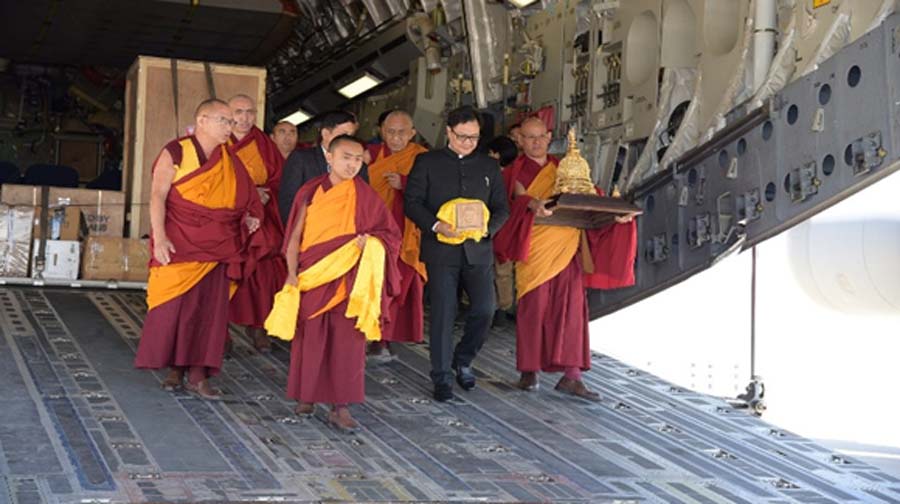 The team escorted the four Holy Buddha KapilavastuRelics from National Museum, New Delhi to Mongolia on a special Indian Air Force aircraft. They Relics were received ceremoniously and with great reverence at the Ulaanbaatar International Airport by NominChinbat, Culture Minister of Mongolia, Saranchimeg, MP/Chairperson of India Mongolia Friendship Group, KhambaNomun Khan, Advisor to the President of Mongolia, and a large number of monks.The Holy relics were accorded the status of a State Guest and would be displayed for the Mongolian audience to pay their obeisance at the Gandan Tegchenling Monastery till 24 June 2022.
The Opening Ceremony for the Holy Relics Exposition was held on 14 June which coincides with the celebration of Buddha Purnima (Saga DawaDuchen) in Mongolia. The ceremony was well attended by Mongolian government officials, including Chairman of Mongolian Parliament G. ZandanShatar. Minister of culture Nomin Chinbat, former President of Mongolia N.Enkhbayer, parliament members and Ambassadors as well as representatives of other religious traditions such as Muslims, Catholics, and Russian Orthodox. 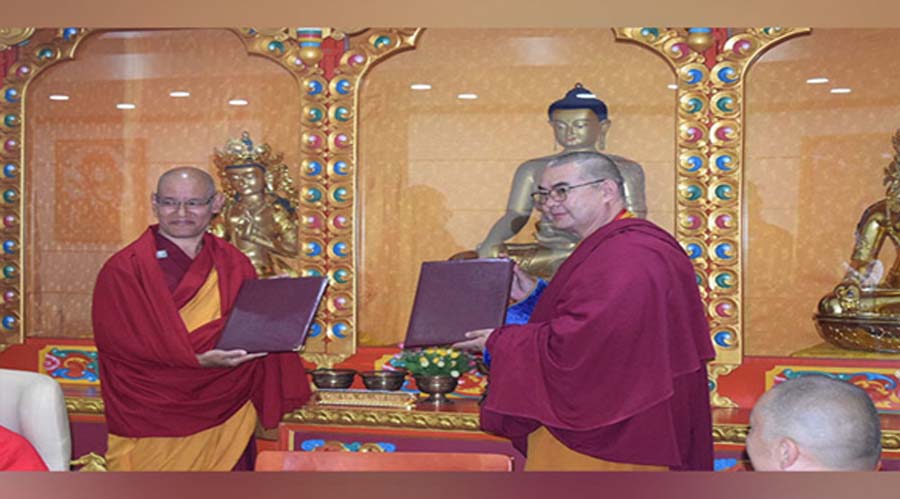