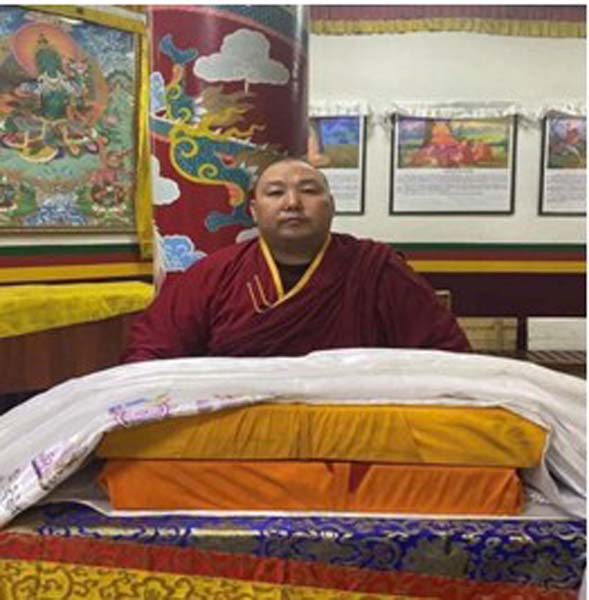 Most VenNatsyg-Dorje was newly elected as the IX Kamby Lama of the Republic of Tuva. The election was held at the Tsechenlingdastan in Kyzyl in the presence of an august gathering of around 100 monks and representatives of Buddhist organizations.

The newly elected Kamby Lama Natsyg-Dorje, studied at the DambaDarjaZayayev Buddhist University "DashiChoikhorling" in Buryatia. He was elected as the head of the Tuvan monks at IvolginskyDatsan and the representative of the Kamby Lama of the Republic of Tuva while being the third year student. In the year 2015, he was conferred with the Geshe degree (PhD in Buddhist Philosophy) at IvolginskyDatsan.

On behalf of IBC’s membersworldwide we would like to convey our heartfelt greetings and best wishes for Kamby Lama’s good health and progress on the path of Dhamma. We are sure your leadership and commitment for Dhamma will continue benefiting all livings beings for years to come.