Dhammacakka Day 2022, Āshaḍha Pūrṇima is the second most important sacred day of observance for Buddhists after Vaishakha Buddha Pūrṇima. It commemorates Buddha's First Sermon or the First Turning of the Wheel of Dhamma, when he taught the Dhammacakka-pavattana Sutta (Pāli) or Dharmacakra pravartana Sūtra (Sanskrit). Seven weeks after his Enlightenment, he gave this discourse to pañcavargiya - the first five ascetic disciples- at the ‘Deer Park', Ṛṣipatana Mrigadāya in the current day Sarnath, which is in Varanasi. It is here that the Buddha taught the Four Noble Truths, the Eightfold Paths and the Middle Path: avoiding the two extremes, i.e., life of extreme indulgence and the life of extreme penance. 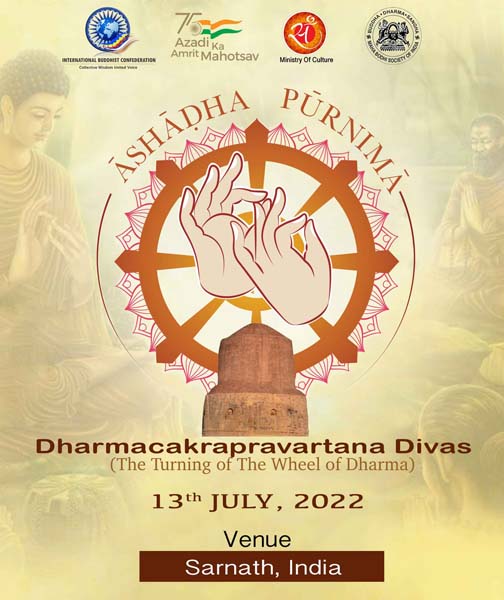